Author: iTzSTU4RT Build Kassadin with confidence with the help of WildRiftFire's build guides. Whether you are completely new to Kassadin or looking to refine your playstyle, we will help you take your Wild Rift game to the next level. Learn Kassadin's abilities in detail, the best items to build, which skills to level first, and more. Kassadin is ranked Tier S+ (Mid Lane) in our Champion Tier List 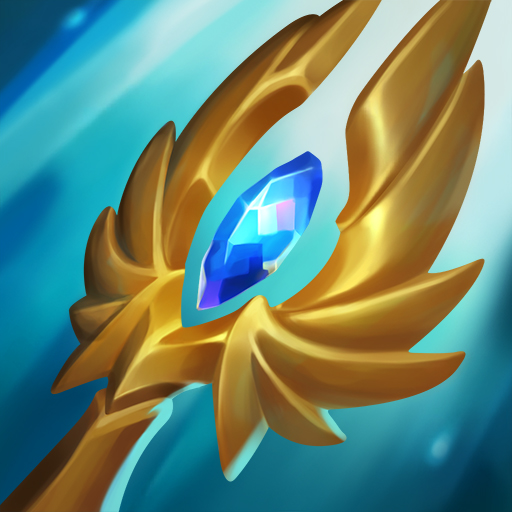 How to play Kassadin

Kassadin is an AP assassin. He is a mid-lane champion that struggles a bit in the earlier game but once he has a few items (fully stacked) he can start blinking around dealing a lot of damage. When playing Kassadin it's best to play safe until he reaches level 5, once he reaches level 5 this is when he can get access to his Ultimate Riftwalk. When Kassadin gets his ultimate he can dash in any direction to go in and out of team fights, this gives him a lot of mobility and makes him a very aggressive and mobile champion to play.

Void Stone - Kassadin gains a shield that absorbs magic damage for just under 2 seconds when casting a spell near a visible enemy champion. This makes Kassadin strong against a lot of ability power damage champions (especially during the landing phase). Whenever you are about to take damage make sure you use an ability to get the shield to absorb the damage.

Null Sphere - Fires an orb that deals magic damage and silences the first enemy hit for a second. This is a skill shot and can be blocked by minions or monsters. Most of the time you want to get close to the enemy before using Null Sphere so you guarantee to hit an enemy champion to silence them. Use Riftwalk (Ultimate) to get close enough to the enemy to hit Null Sphere

Nether Blade - This ability enhances Kassadin's next attack within a few seconds to gain range, deal additional magic damage and restore a % of his missing mana. You will be surprised how much extra range you get when using Nether blade, you can use this during the laning phase so you can play safe and last hit minions from afar. Nether Blade is also an auto-attack reset, meaning you can auto-attack, use Nether Blade, and auto-attack straight after.

Riftwalk - Kassadin Blinks to a target location around him and deals magic damage to nearby enemies. Riftwalk stacks up when using it again within 12s, dealing 50% increased damage but costs 200% mana (This is the main reason why you go Rod of Ages and Archangel Staff to get as much mana as possible so you can keep blinking around a team fight at maximum stacks). This can stack up to 3 times so you can deal a lot of damage.

Kassadin does great with most ability power items. His main source of damage is from all his abilities. You also want to make sure you get as much mana as possible in your build so you can use his Riftwalk (Ultimate) as much as possible when it is fully stacked. With Kassadin you build 2 scaling items Rod of Ages and Archangel Staff. Both these items give Kassadin a lot of Mana and Ability Power however this does make him weak during the early game until both these items are fully stacked. After these 2 items, you want to build more Ability Power Items so you can blink around and deal a lot of damage.

Electrocute - Electrocute is a great way for Kassadin to deal a little bit of extra damage when blinking around and using his abilities on enemy champions.

Triumph - Triumph helps Kassadin deal increased damage to enemy champions that are low on health which works well when blinking around with Riftwalk. He also heals a part of his missing health back from each takedown so he can stay in fights for longer.

Nullifying Orb - Nullifying Orb is a great rune that gives Kassadin a shield that absorbs incoming damage when he drops low on health. This will help you survive that little bit longer so you can escape to safety or go in for the killing blow.

Hunter - Genius - Kassadin will always be involved in team fights and he will get a lot of takedowns. After every unique takedown, Kassadin gets Ability Haste so he can use his abilities more often.

For summoner spells, Flash is a must on Kassadin. It's a great spell for getting out of tough situations and when you're trying to kill enemies. You can also combo Flash with Riftwalk and Force Pulse to increase the distance and surprise the enemies! Ignite is also a great spell for Kassadin since he can use it most of the time when he jumps onto enemy champions with Riftwalk.

Kassadin struggles in the early game because he is a melee champion and doesn't have the best base stats to trade against enemy champions. Your main goal in the early game is to just play safe, don't die, and farm as many minions as possible so you can scale and get your items as soon as possible. If this means you need to stay under the tower and miss a few minions, that's fine.

Make sure you use Nether Blade to make your next auto attack have more range so you can farm minions a bit easier.

Once you reach the late game, have your core items fully stacked this is where Kassadin can start dealing a lot of damage and being a very mobile and annoying late-game assassin. Not only that but he is really difficult to kill because you will be blinking around the map a lot with your ultimate Riftwalk.

When he is grouped with his team and about to have a team fight the best thing he wants to do is get onto the enemy backline where he can kill the carries. Kassadin has so much mobility and survivability with his abilities and stasis (boots upgrade) also helps with that. Kassadin also has great 1 vs 1 potential against most champions. This can give your team a big advantage if you can get a kill before the team fight starts.

Overall Kassadin is a very fun and beginner-friendly champion to play. As long as you understand that you will be weak during the early game and can play safe than once you have 2/3 items and reach around level 10 that's where the fun really begins!

Good luck on the rift summoners!iTzSTU4RT